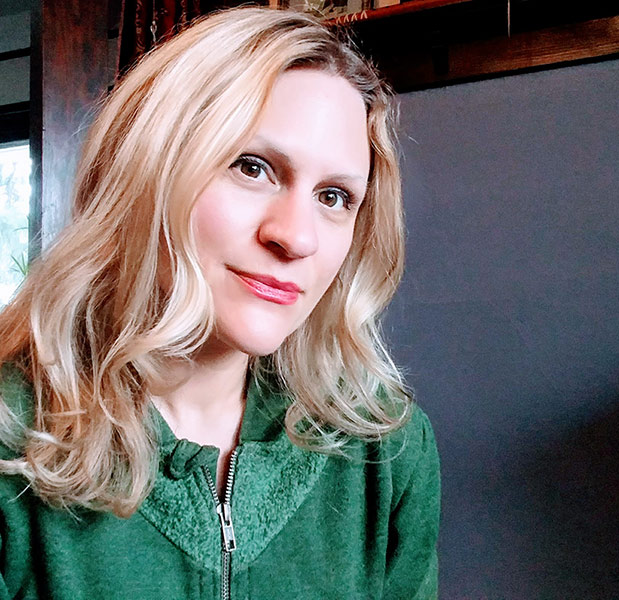 Liorah gained an appreciation for cold-weather clothes and her free spirit growing up in Alaska.

Liorah moved to Spokane, WA, in 2007. She is the founder of Nayeli Clothing, and also the owner of Blue Tiger Studio.

In the early 90’s Liorah started Rocketwear in Seattle. She was only 21, but achieved sales of her clothing designs to retail stores all down the west coast. She participated in several fashion shows, contracted with local manufacturing, and did trade shows.

Liorah spent the next 13 years working for the University for Washington and then Sterling Bank. After having a baby, she was laid off from corporate work, which led her to redefine her career. She went back to graphic design school at SFCC, and then started Blue Tiger Studio, a website service company in 2014.

But the love of sewing and clothing design continued behind the scenes, culminating with her Polar Kuspuk design campaign. In 2016, Liorah got a grant to test market and design for the Native American Sewing Company with the Kalispel Tribe. It was there that she and Sarah worked together and found they made a great team. So when the contract was done, they decided to start their own clothing business together.

Liorah is a mother and a wife, loves outdoor activities, the arts, and making a positive impact on her community. 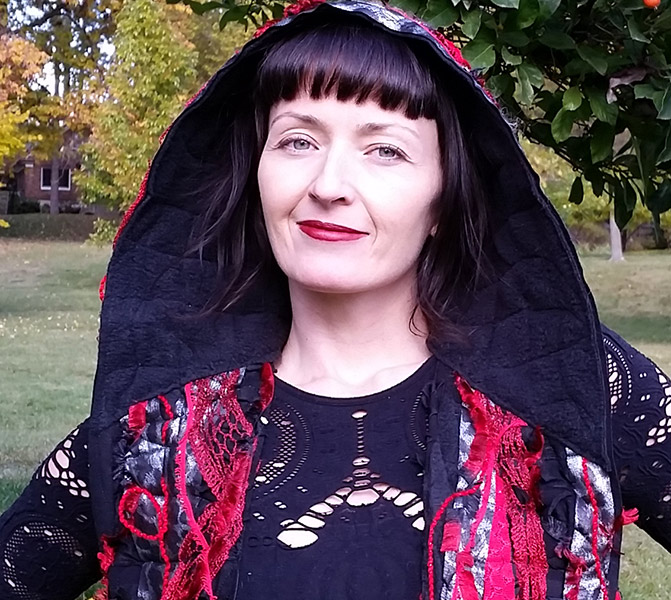 Sarah has been sewing since she was a child. She developed a unique slicing technique for making recycled fabric for the hooded scarves and headbands. Sarah graduated with a BA in Art from Gonzaga University in 2003. She has lived and worked in this community since 1999.

“I love Spokane and seeing our art scene grow and evolve. Raising my 3 children here. ?

She founded Sarah Smiles Creations in 2013. Her nature art photographs are printed on cards and canvas for sale. Sarah also does numerous custom projects. She is a Social Media Influencer with over 20,000 global followers on Instagram from posting a new piece of art EVERY DAY on Instagram and Facebook for a year during her 2016-17 Spiral Nature Art Campaign.

Sarah’s attention to detail helps her be both an artist and a clothing designer. Look for her floral printed skirts this Spring.

Nayeli means I love you.

We design and make original clothing in Spokane, WA. You can shop for Nayeli Clothing at outdoor festivals and online. Truly made with love in the USA.

Clothing design cooperative for people who sew. We are creating good-wage local jobs, while making beautiful clothing for YOU.

We are makers. Yes!

Talented people, making quality products our community can be proud of.

Are you a maker too? Interested in a maker’s night event? We host events where you can make your own Nayeli clothing. We supply the venue, materials, machines, food and drinks – you supply the friends, family and good times. Get a Nayeli garment for half-price when you make it yourself!

We make clothing out of natural fibers… with some enhancements.

We love you at Nayeli Clothing.

Our company is founded on the belief in karma and putting ethics first. We stand behind our products. If you have a problem, return your garment for repair or replacement. If you have ideas, please share them with us. 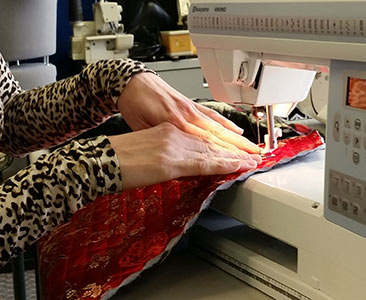